I’m really a cosplayer at heart. I say at heart because it’s not something I’ve ever devoted a lot of time to, though I do routinely plan out costumes I’d make if I ever had the time (Princess Peach, Jennifer Parker, Petra Venj… the list goes on). There’s something about dressing up and going out dressed to the nines that I love. Something. I don’t know. Something amazing, I guess.

This post brings us back to 2009, around 5 months after my son was born. I was hanging out/helping with our church youth group, and we ran an event called Pixar Night. Everyone was supposed to come dressed up as their favorite Pixar character.

As is usual for me, I decided to go rather last-minute, and had one day to get a costume from planning through to spectacular.

Since I happen to have a thing for group costumes and knew my husband would be working late, the Incredibles was an obvious choice. That way my costume would not only work with a bay in tow but also add the major cute factor. Who can resist a real-life JackJack? 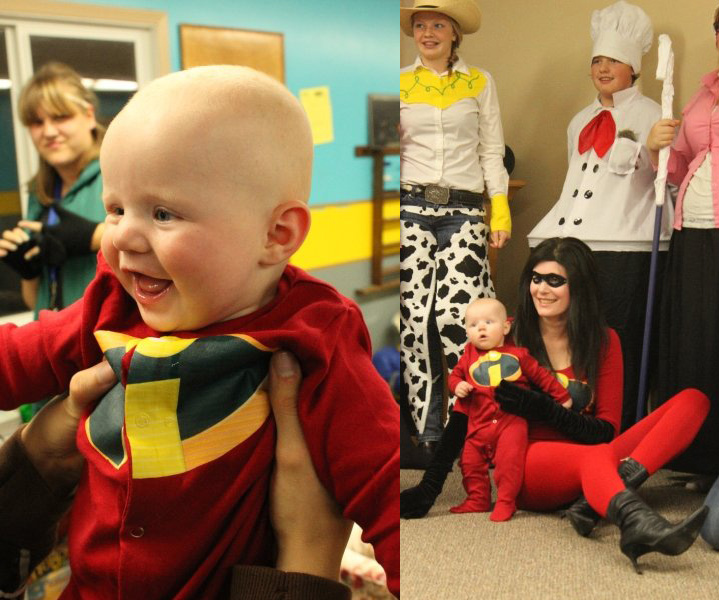 Want to costume with me? Here’s what you’ll need:

I found that I had most of what I needed at home already. I had several pairs of black underwear to choose from (too much information!) and black boots I normally wore to work.

I even had a pair of black gloves. I’ve seen some people use dishwashing gloves, which do work, but I had a lovely pair of black velvet gloves left over from my high school grad that worked perfectly. I’d highly recommend fabric gloves if you have some or can borrow them from a friend.

I had to go shopping to find a pair of red tights and a plain red shirt. I lucked out and found the shirt at Superstore. The tights were harder because I was looking to match the shirt. I ended up buying a bright red pair and then wearing them on top of black leggings to tone the color down.

Not pictured is the red onesie/sleeper I also found at Superstore for my son’s JackJack costume.

Great! Now you’ve got what you need to be Incredible.

But, wait, you say! What about the logo?

Aah, yes. The Incredibles logo for your shirt. It’s really what makes the costume. 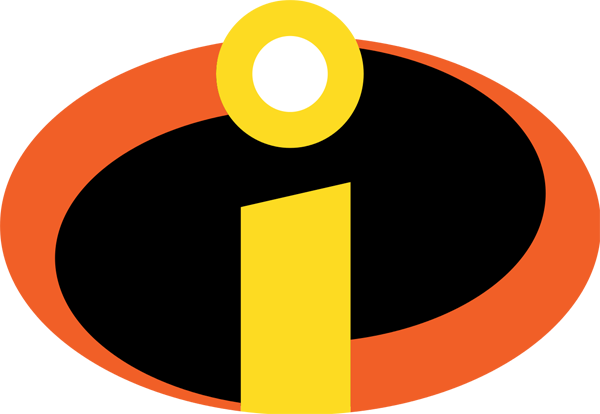 I thought about making the logo with fabric, but it sounded like too much work.  After digging through my collection of office stuff, I came up with some dark t-shirt transfer paper left over from my concert t-shirts (a story for another day). All I had to do was trace a quick logo in Illustrator and print it off, and I was off to the races!

Get The Printable Incredibles Logo

Once I had the logos printed off (one for each costume), it was just a matter of ironing them on to the shirt and sleeper.

And Now for the Mask

I almost forgot the mask. A superhero just isn’t a superhero without the mask!

I bought a standard black mask with elastic around the back from the dollar store, then trimmed the plastic down to a shape more like the masks below. Couldn’t find a mask? Just draw the mask on with black eyeliner or face paint. 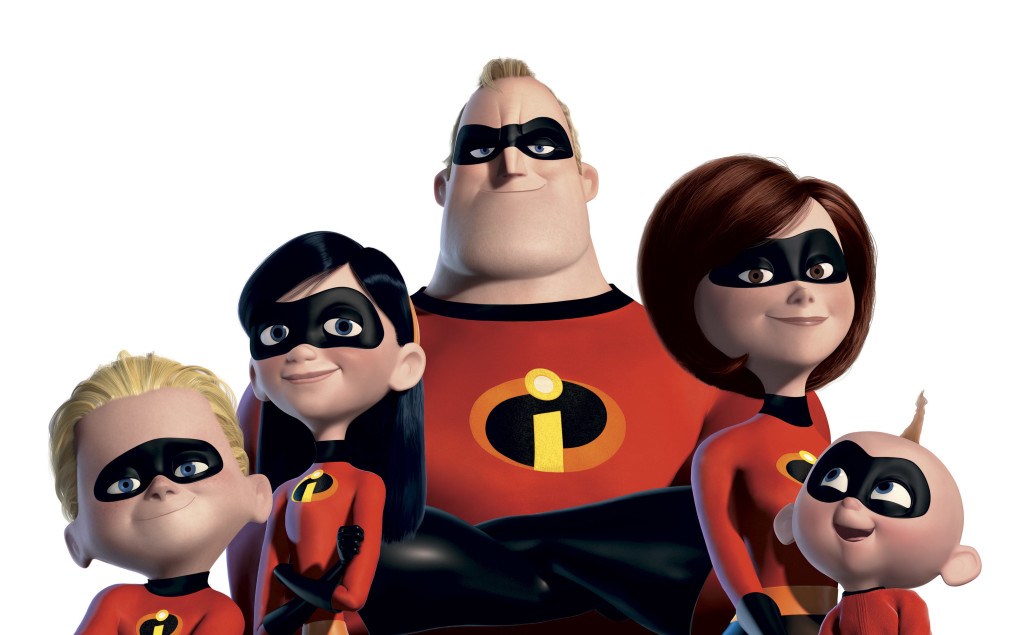 Okay, okay. I’ve seen the different pieces. But what does it look like when you’re done?

The Pixar Night photos were involved in the Great Backup Mishap of 2009, but I was able to scrounge up a few shots from Facebook.